Early Sunday morning station 6-1 was dispatched to Woodbury Heights to cover their station as they were working a 2 alarm dwelling fire on Poplar Ave. Squad 613 responded with 4 personnel. Shortly after the crew of 613 got comfortable at station 15-1, Poplar Ave command requested the cover companies into the job striking the 3rd alarm. Squad 613 and Engine 943 relieved the crews with overhaul. No injuries were reported. 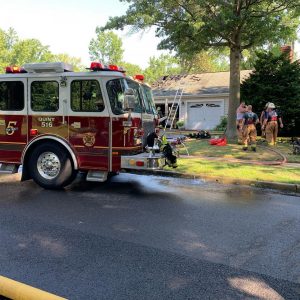